One reason kids like to read a series is because the story doesn't end with one book. They know and identify with the characters, and they're interested to find out what happens next. The Sassafras House series keeps a kid reading because finishing a book doesn't mean the story is over. There's more to look forward to.

Currently, there are three books in the Sassafras House series. Book 1 is The Legend of Sassafras House, Book 2 is Treasure in Catclaw Canyon, and Book 3 is The Catnapper Mystery. These books are targeted toward elementary school age children, but some adults have read them and report they enjoy the stories, too.

I'd like to acquaint readers with these books by introducing the characters. Today's character is the boy protagonist in the story, twelve-year-old Kale Flores. Kale moved to the small town of Morning Glory, Texas, from the big city. Kale is Latino and lives with his mother, Rosa, in a house they inherited from Rosa's Aunt Fern. Kale's dad left the family when Kale was five. Kale is sometimes impulsive and speaks before he thinks. One thing Kale wanted badly when he moved to Morning Glory was to find a friend. Some of the problems Kale faces in the series are: loneliness, bullying, self-control, and betrayal. He is curious and likes to read, and he has a big heart. It's impossible not to love Kale. 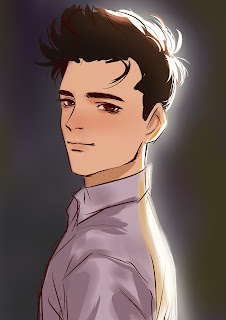 Image by Châu Nguyễn from Pixabay