On a recent road trip I crossed an interesting, yet disconcerting, bridge across the Ohio River. My sister was with me, and we approached the bridge after dark. There was a toll booth.
"Seventy-five cents," said the attendant.
I scrambled to find the change.
"Or a dollar round-trip," he added.
My sister was behind the wheel. She glanced at me, and we communicated telepathically, as sisters do. She handed him a dollar.
Being pitch black out, we couldn't see much, but we heard plenty. The bridge shook and rattled as the heavy SUV rolled upon it.
"Go faster," I said. "Let's get across this thing before it falls in."
She sped up, and the rattling increased. From out of nowhere, something bright and shocking appeared. There was a traffic light looming ahead on the bridge, and it was red. 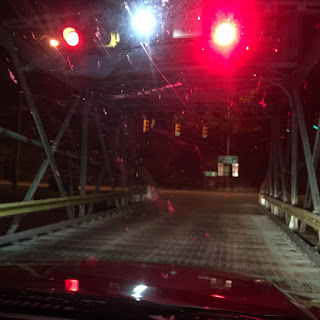 "Where did that come from?" I asked, as my sister applied the brakes and skidded to a stop. I checked to be sure the doors were locked. Just in case of trolls, you know.
The red light trap was only toying with us. After scaring us silly, it released us to continue the journey. We rattled and shook on across.
This frightening span is known as the Newell Bridge. It connects East Liverpool, Ohio, with Newell, WV. It was not as disturbing in the daytime, but only a wee bit less. 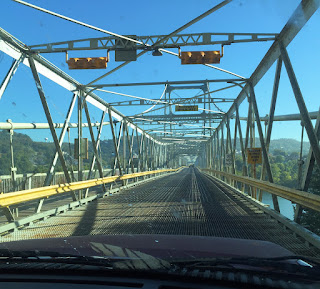 The bridge was built in 1905, and if you do the math, that was 111 years ago. Around that same time, trolls were all the rage. The Norwegian tale The Three Billy Goats Gruff made its way to America in this time frame. Maybe a few trolls came along for the ride. The Newell Bridge would be the perfect place for a troll to make his home.
I have a theory. Back in the day when the bridge was built, transportation was different. Few cars would have used the bridge then. Horse and buggy would have been more popular. Who's to say goats didn't cross, too, making a tasty meal for a troll. Later, after cars replaced wagons and foot traffic, the troll saw some lean years. He needed a new plan.
The toll booth must belong to the troll. Trolls have evolved, somewhat, and no longer live under bridges. They still control many bridges, though. If you see a toll booth for a bridge, you can bet it's troll-owned.
So where are all the trolls now, if they no longer live under bridges? I'm pretty sure they've gone into politics.

Posted by Anita Rowe Stafford at 9:39 AM 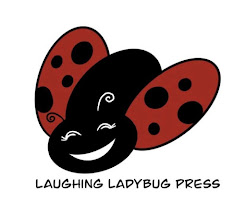