My daughter asked what I intended to wear to an event I was hostessing. It was going to be a large group, and I had many details to attend to concerning food, tables, and decor. She was considering her choice of clothing with care. My answer? I told her I didn't know what I would wear, but it would be something that would blend into the background, something that didn't stand out. I did not want center stage. Perhaps I could find something to make me seem invisible. 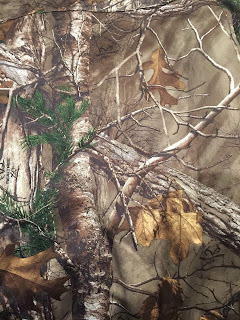 Superheroes Spider Man and Super Girl are able to become invisible. Numerous comic book heroes and villains have the trait, too, as do Harry Potter and the Cheshire Cat, two favorite book characters.

Hunters know the value of being invisible. They choose their camo to blend in with the surroundings so the prey will never know they're not part of the foliage.

Hiding in plain sight is also important to soldiers. Their life may depend upon the color of their fatigues to hide them from the enemy.

With invisibility as common as dirt, I think it's not too much to ask that I could be invisible once in a while. Sometimes I don't want to be looked at. I don't want to be inspected. I want to do my job without any fanfare. It's not that I don't like people, but in a crowd I'd rather observe than participate.

When the day of the event came, I chose my clothes with the care a hunter or soldier might use. I didn't wear camo, but I wore a monochromatic outfit with minimal jewelry. I would offer the food and the hospitality while blending into the background. The more invisible I could be, the more I could people watch.

Most guests were dressed in unforgettable clothing. Colors were bright and patterns bold. Statement necklaces attracted attention with an extra pop of color. If my plan worked, no one will have any recollection of what I was wearing. If only I could have avoided those pesky photos, too.

My plan for the next event is to get an invisibility cloak. I'll be the one who's not in any of the photos, and don't expect to see Harry Potter in any of them, either.