Lunch with a Side of Drama

This week I've been in traffic with demented drivers, I've been jostled and crowded while shopping, and I've had lunch with a side of drama.

At this time of year I prefer to do online shopping. It's so much easier to let the delivery guys do the leg work, but against my better judgement, I slung my purse over my shoulder and braved the holiday masses.

Tired and hungry, by lunch time I made my way to a favorite sandwich deli. Lunching at the table next me were two young women. I couldn't help but overhear their conversation. What they had to say must have been open to the public because they made no effort to lower their voices.

One of the ladies worked in gift wrapping at a large mall department store. Her companion was also an employee of the same store. Gift wrapper girl gave sales clerk girl a play by play account of the trouble of the day. First of all, the gift wrap department ran out of paper. Imagine. What a problem to be solved.

Someone with authority saved the day by going to the local big box store and buying a supply of wrapping paper. One would think the issue would be settled, but, no, it wasn't that simple. Seems the new paper was not the same as the old paper, so it did not meet the standards of the picky customers. There were complaints about color and quality. The situation was quite unbearable behind the gift wrapping counter.

If that wasn't enough to curl your ribbon, the boss "knew" something. Whatever this something was, it couldn't be spoken aloud at the lunch table. Gift wrap girl knew he knew, and she thinks boss guy knows that she knows. From the raised eyebrows, I think someone must have done something illegal or immoral, or perhaps both. I'll tune in to the six o'clock news tonight and see if I recognize anyone.

I dawdled over my lunch to be sure I didn't miss anything. The canned music was interfering with my ability to make out every word, but gift wrap girl seemed to be speaking with as much volume as she could muster. As they finished up and walked out, I could see through the window that the wrapper's lips were still moving. I don't read lips, so your guess is as good as mine as to what she was saying.

Arriving at home, I brought my packages into the house. I had bought gifts, and they needed to be wrapped. I felt thankful that I had brought them home for wrapping instead of trying to have them wrapped at the store.

I might be able to outwit demented drivers and manage not to be knocked down by stampeding shoppers, but I'm no match for the drama of the gift wrapping department. 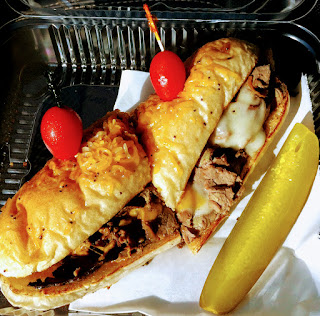 A visit to Baldwin Elementary School is like coming home. This school is the first place I was employed as a teacher. Years have passed wi... 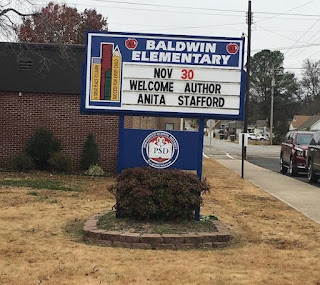